Suited for industrial and marine applications with extreme or corrosive environments, non-contact GS-Level Series is available with standard 0.25–4.75 V analog output, but can be ordered with NMEA2000 output for integration into marine-based CAN systems. Open-collector Switch Output function enables sensor to simultaneously provide real-time level position feedback, while maintaining ability to alert PLC system when switch output threshold has been reached or exceeded.


Recently, Gill Sensors has released a new range of robust sensors with the aim of standardizing their previously entirely bespoke R-series line of capacitive probe liquid level sensors. This line, the GS-Level series, features similarly high accuracy performance to its predecessor, with the added benefit of rugged 316 Stainless Steel construction and available switch output function. This added durability and versatility makes the GS-Level series ideal for industrial and marine applications with extreme or corrosive environments.

The GS-Level series is available with a standard 0.25V - 4.75V analog output, but can also be ordered with a NMEA2000 output for seamless integration into marine-based CAN systems. With the addition of the open-collector Switch Output function this sensor can be used to simultaneously provide real-time level position feedback, while maintaining the ability to alert a PLC system when a switch output threshold has been reached or exceed. This characteristic has allowed the GS-Level to be implimented in various oil tank monitoring systems in generator and manufacturing line systems.

As with preceding Gill capacitive sensors, the GS-Level series features non-contact measurement, with no mechanical linkage or moving parts. This simplifies the device and ensure long-lasting, maintenance free performance. The GS-Level has been extensively tested for shock, vibration, radical thermal variation, has met the British EN60945 marine environment standard, and is currently undergoing testing for extreme industrial environments.

Gill’s capacitive technology has provided industry leading reliability for many years, and the GS-Level line only serves to bolster the proprietary technology’s potential for application. The standardized lengths, found in the table below, allow Gill to offer a more cost-effective solution to engineering and design teams around the world by eliminating the need to custom cut eat device.

To find out more about the Gill GS-Level, and many models like it, contact Everight Position Technologies by calling 856-727-9500, or emailing info@evrtp.com.  Click over to our website to see how our wide range of sensors are fitting into applications in aerospace, agriculture, and more! 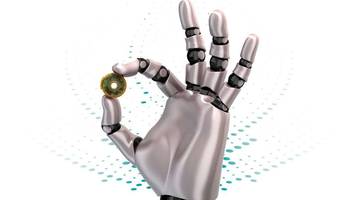 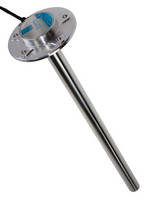 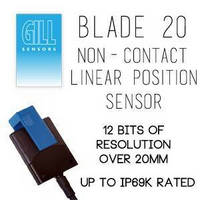 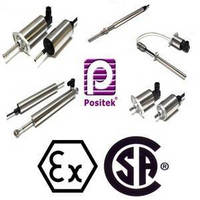