Offered in 2 versions, isolated CAN bus modules interface network sensors and actuators to high-performance control systems. IP560 is Industry Pack ANSI/VITA-4 card that plugs into VME, CompactPCI, and PCI bus mezzanine carrier cards or SBCs in embedded systems, while IOS-560 models are designed for use within Acromag's I/O Server industrial PC. Both feature 2 channels with optional 1,000 V isolation. Each channel has NXP SJA1000 CAN controller with TJA1041 transceiver.


Acromag's new CAN bus modules are available in an IndustryPack format or for use with their I/O Server Industrial PC to isolate and interface CAN network devices to embedded monitoring and control systems.

"The addition of CAN bus interface modules to Acromag's line of I/O products provides even more flexibility to control system developers who can mix several I/O functions on a single carrier card for high-density, cost-effective computing solutions," states Joseph Primeau, sales and marketing director - embedded products. CAN bus is extremely popular for automotive, marine, and avionic subsystems. CAN is also regularly used for security systems and industrial automation. When combined with Acromag's extensive offering of analog, digital, and serial I/O modules, these new CAN bus modules further extend the ability to interface a wide variety of devices from a single computing platform.

All models have two complete CAN bus interfaces, each using an NXP SJA1000 CAN controller with a high-speed TJA1041 transceiver. The advantage of this design is that it allows reporting of bus fault conditions directly from the transceivers. It also has the ability to transmit, receive and perform message filtering on extended and standard messages. The modules support CAN 2.0B protocol compatibility and ISO 11898 compliance for Part A (11-bit) and Part B extended (29-bit) arbitration IDs. PeliCAN mode extensions provide numerous communication capabilities.

Dozens of Industry Pack (IP) and IOS modules are available from Acromag to provide a wide variety of analog, digital, and serial I/O processing capabilities. A re-configurable FPGA module allows users to execute custom logic routines and algorithms on TTL, differential or LVDS I/O signals. Up to five IP or four IOS modules can be combined in any mix on a carrier card for flexible, high-density I/O to meet custom requirements. Acromag offers a number of IP carriers for VME, CompactPCI, and PCI bus computer systems. IOS modules plug into a carrier card that slides directly into the I/O Server industrial PC. The I/O Server employs advanced heat sink techniques and conduction cooling to manage excessive heat within the fanless computer.

Acromag has designed and manufactured measurement and control products for more than 50 years. They are an international corporation with a world headquarters near Detroit, Michigan and a global network of sales representatives and distributors. Acromag offers a complete line of embedded I/O and industrial computer products for military, aerospace, manufacturing, transportation, utilities, and scientific research applications. 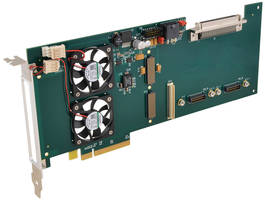 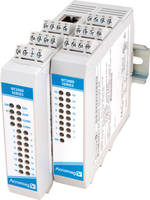 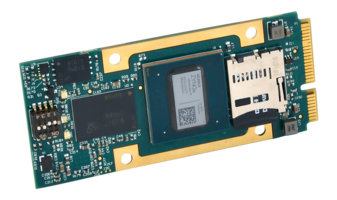