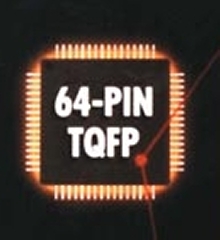 - Less than 50ps jitter and skew

- Output options include LVPECL and LVDS

Three output banks are independently programmed for their target output frequencies, offering a higher level of programming flexibility than alternative solutions. The three output banks consist of one large bank with 9 differential outputs, and two
smaller banks with two output pairs each, for a total of 13 output pairs.

Precision AC performance includes a maximum clock frequency of 500MHz, an extremely low jitter and skew of less than 5OPSpk-pk (cycle-to-cycle) and less than 50ps (pin-to-pin), respectively, and output rise/fall times of less than 300ps.