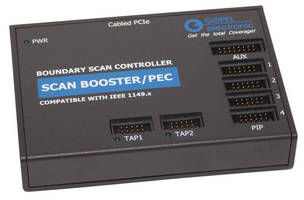 "Combining the Cabled PCI Express bus performance with the flexibility of our SCANBOOSTER(TM) architecture, we are able to provide a capable solution also for cost-sensitive applications", says Heiko Ehrenberg, General Manager of GOEPEL electronics LLC USA. "This extension of our SCANBOOSTER(TM) product family is another important step in our strategy to open up new applications in the low-cost test arena."

The SCANBOOSTER/PEC features two separate Test Access Ports (TAPs) and supports a programmable TCK frequency up to 16MHz. Exchangeable TAP Interface Cards (TIC) make the controller flexible and future-proofed. Test bus parameters such as output and input voltage as well as output and input impedance can be programmed independently for both TAPs.

Test and ISP applications developed for the ScanBooster/PEC are cross-compatible with any controller of the ScanBooster(TM) series or the SCANFLEX® Boundary Scan platform.

Optionally, GOEPEL electronic offers a plug-in card as bridge for PCI Express to Cabled PCI Express. The distance between PC and SCANBOOSTER/PEC can be up to seven meters (21 ft).

GOEPEL electronic is a worldwide leading vendor of professional JTAG/Boundary Scan solutions and technology innovator of IP based instrumentation. With more than 100 product launches the company became the biggest innovator in the market within the last five years. A network of branch offices, distributors and service partners ensures the global availability of the products as well as the support of the more than 7,000 system installations. Founded 1991 and headquartered in Jena, Germany, GOEPEL electronic employs currently about 160 employees and generated a revenue of 19.7 Million Euro in 2008. GOEPEL electronic has continuously been ISO9001 certified since 1996 and has been honoured with TOP-JOB and TOP-100 awards for being one of the best medium-sized companies in Germany. GOEPEL electronic's products won several awards in recent years and are used by the leading companies in telecommunication, automotive, space and avionics, industrial controls, medical technology, and other industries. Further information about the company and its products can be found on the internet at www.goepel.com.
Share 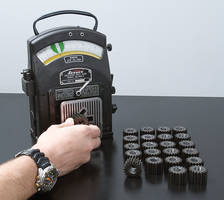 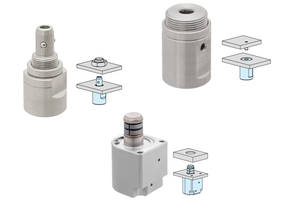