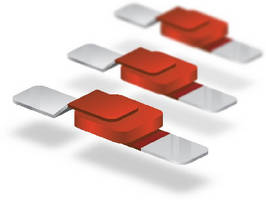 "Using its lowest resistance PTC formulation to date, Bourns has produced a resettable fuse from a chip of less than 11 mm2. Resettable fuses of such small size generally have quite high resistance values, but Bourns' new MF-LL Series overcomes this limitation and offers an initial resistance of just 5 to 15 mOhms," said Brian Ahearne, Multifuse® product line manager at Bourns, Inc. "As the electronics industry continues to evolve at a rapid pace, the launch of the new MF-LL Series demonstrates Bourns' ongoing commitment to next-generation resettable fuse development."

The Bourns® MF-LL1190 Model is available now. Future models in the series are in development and are scheduled for release in the second quarter of 2011. The MF-LL Series is also RoHS* compliant. As a pricing example, Bourns® MF-LL190 is priced at $0.25 each in 10K piece quantities.