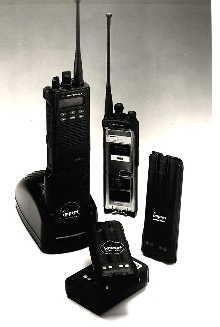 SCHAUMBURG, III. (Nov. 10, 2001)-In response to a long-standing need to optimize battery life frequently shortened by what has come to be know as "memory effect," Motorola (NYSE: MOT) announced the introduction of the impres (Intelligent Motorola Portable Radio Energy System) series of replacement batteries and chargers. When impres batteries and chargers are used together they help to virtually eliminate "memory effect."

The most common cause of the "memory effect" is recharging a battery before the battery is fully discharged. If a user regularly engages in this practice, the battery will lose capacity, holding less energy and providing less charge life, ultimately forcing the user to buy a new battery long before the battery's planned life expectancy.