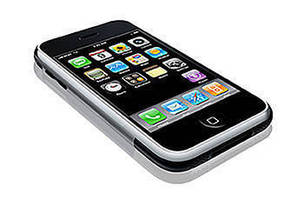 
Reading, PA, -- American Polarizers, Inc. (API), a world leader in the manufacture and distribution of polarized filters and other optical products, has added to its 3M film offering with high efficiency backlight reflector films. 3M Enhanced Specular Reflector (ESR) Film reflects 98% of incident and generated light to dramatically improve the performance of backlit displays. The film may be used as the rear light-guide reflector or in combination with other 3M brightness enhancement films. The high reflectivity of ESR Film enables more energy efficient use of backlights thereby increasing display brightness and extending battery life in portable devices including cell phones and laptops.

ESR Film maintains uniform high reflectivity across the visible spectrum without color shifts. As opposed to diffuse reflection where light is reflected in many directions, ESR Film reflects light back toward the viewer in a single outgoing direction. “When ESR Film is positioned around or behind the light source and also behind the light guide, the result is a sharper, more defined display image,” said API President Jeff Snyder. “The effect is similar to light reflecting off painted surfaces.”

Manufacturers of backlights and backlit devices will find ESR Film highly effective at minimizing light loss. Although the film is designed for use as the rear reflector on the light-guide, ESR Film can also be used alone wherever a high performance specular reflector is required. Combined with 3M Brightness Enhancement Film and Dual Brightness Enhancement Film, brightness gains of well over 150% may be achieved.

3M Enhanced Specular Reflector Film is a thin (65 microns), non-metallic, multi-layered polymer that will not interfere with electronics or WIFI. ESR Film has an ultra-low shrinkage factor making it suitable for essentially any work environment. Available in standard sized sheets including, but not limited to, 11" x 11", 14" x 18", 17" x 17" or 26" x 26", a clear liner on both sides protects the film during packaging and shipping. ESR Film is also available in with an anti-wet out surface for increased performance and/or a black coated backside to prevent light leakage. API will also custom cut the film upon request.