Used for control accuracy and precise dosing, GEMÃœ 567 BioStarÂ® 2/2-way globe valve with regulating needle or regulating cone has hygienic and minimal deadleg design that supports CIP and SIP procedures. Valve seat on both versions is sealed using soft-seated seal, and actuator is separated from media-wetted area by FDA-compliant PTFE diaphragm. Integrated bypass is available, and GEMÃœ 567 BioStarÂ® control can be integrated into multi-port valve block.


Aseptic diaphragm valves are frequently used to control sterile applications. However, small volumes can only be controlled with an inadequate level of accuracy, or not at all. GEMÜ has now developed the GEMÜ 567 BioStar® control valve in order to solve this problem.

The GEMÜ 567 BioStar® control is a 2/2-way globe valve with a regulating needle or regulating cone for high control accuracy and precise dosing. The valve seat on both versions is sealed using a soft-seated seal. The actuator is separated from the media-wetted area by an FDA-compliant PTFE diaphragm. This ensures a permanent, temperature-resistant seal and thus meets the high requirements of the pharmaceutical and food industries. Compared with bellows valves, cleaning the valve is significantly improved by the hygienic and minimal deadleg design. It is likewise possible to clean and sterilize the valve using a CIP or SIP procedure.

The valve is also available with an integrated bypass so that the flow velocities required for the rest of the system can be achieved during the cleaning process. At the customer's request, GEMÜ 567 BioStar® control can be integrated into a multi-port valve block. This is another special feature of the valve which not only requires considerably less space in the system, but also significantly reduces the installation and welding effort. All surfaces which come into contact with the product are precision-turned or polished. Furthermore, additional electropolishing can achieve a high surface quality of Ra 0.25 µm. EHEDG certification and testing in accordance with Procedure 3A are currently in preparation. The GEMÜ 567 BioStar® control valve is available as an angled design in nominal sizes DN 8, DN 10 and DN 15.

GEMÜ is one of the world's leading manufacturers of valves, measurement and control systems. Over the course of more than 50 years, this globally focused, independent family owned enterprise has established itself in important industrial sectors thanks to its innovative products and customised solutions for process media control. GEMÜ is the world market leader for sterile valve applications in the pharmaceutical and biotechnology industries.

Today, the GEMÜ Group employs 800 employees in Germany and more than 1400 worldwide. Manufacturing is carried out at six manufacturing sites in Germany, Switzerland, China, Brazil, France and the USA. From Germany we coordinate global marketing with 26 subsidiaries and with a large distributor network in more than 50 countries, the GEMÜ Group is active on all five continents. GEMÜ will continue to establish itself in future markets with its international growth strategy.

A broad based modular system and adapted automation components mean that individualised standard products and customised solutions can be combined to make over 400,000 product versions.

Further information can be found at www.gemu-group.com. 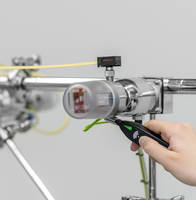 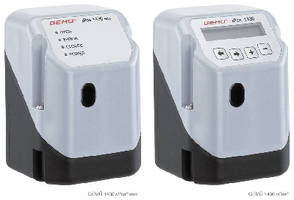 A Versatile Solution With an Excellent Track Record: The New Positioner "Eco" Series 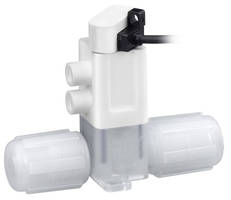