AP&T is introducing a patented solution for partial press hardening of structural parts for passenger cars. TemperBox® allows hard and soft zones to be combined in a single part, paving the way for innovative body designs and cost-efficient production. TemperBox® can be integrated with AP&T's new and existing MultiLayer Furnaces as well as with any other type of heat treatment equipment.

With over 100 press hardening line installations for customers all over the world, AP&T is now taking an important step in the development of its press hardening technology. The company’s most recent product innovation — TemperBox® — offers entirely new opportunities to design and produce structural parts cost efficiently.

The patented invention TemperBox® is based on what was originally developed by Agim Ademaj, (Metakus Automotive, Kassel, Germany). In 2013 a cooperation initiative between AP&T and GEDIA Automotive Group (Attendorn, Germany) was launched for the further development and industrialization of the technology, which has now resulted in a fully commercial solution.

“The patented solution enables several material properties to be combined in a single finished part. Some sections can be hardened to maximize strength while others are made softer to achieve the desired ductility and to facilitate post processing such a joining or mechanical cutting,” says Dr. Christian Koroschetz, CTO at AP&T.

The process involves precision-controlled heat treatment, which takes place in a special furnace module known as TemperBox®. After being heated up to 930 degrees Celsius in a conventional austenization furnace, e.g. AP&T’s Multi-Layer Furnace, the blank is moved to the TemperBox®, where selected sections are blocked from radiation and cooled down while the rest of the part is kept hot. The blank is subsequently formed and quenched to produce the finished part.

The final result is a part with tailored properties, customized to the required performance of the component. This means designers and manufacturing engineers can work more freely without considering costly reinforcements or cycle time intensive processes such tailored tempering in press hardening tools, which are frequently implemented to improve the collision safety of body parts. The new method offers clear production-related advantages compared to today’s press hardening such as easy integration in new and existing press hardening lines. The TemperBox® production solution enables short cycle times in the same range as the industry is accustomed to today when producing press hardened components with monolithic properties over the cross section.

“Not only new possibilities in crash performance design are possible, post processing is also much easier since specific areas of the component, such as flanges, can be kept soft, enabling them to be punched or trimmed using conventional methods — which is much less expensive than laser cutting, for example.”

TemperBox® can be installed in AP&T’s new and existing Multi-Layer Furnaces, and is also available for press hardening lines that have any other type of heat treatment equipment.

“This means the new technology can be used with basically any press hardening line in the market, regardless of brand,” says Christian Koroschetz.

Facts
The first full capacity TemperBox® production line will be installed at GEDIA Automotive Group in Attendorn, Germany, where it will be used for production of press hardened components with tailored properties for various European OEMs. Production is planned to start by the end of 2019. GEDIA has also had a TemperBox® prototype line in use since 2017.

In Europe, GEDIA and AP&T closely cooperate on the TemperBox® technology. AP&T is the owner of the patent rights and GEDIA is the owner of an exclusive production license for the European market.

Automation from AP&T Takes Customers into the Future 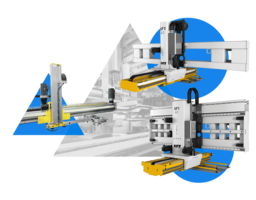 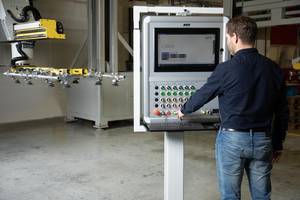 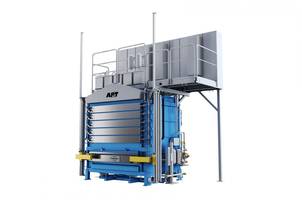 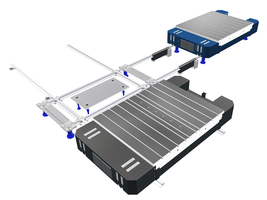