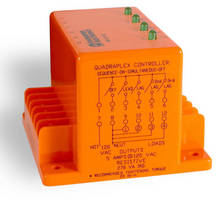 Additional features include an integral alarm output, with alarm contacts that close when a control switch fails or system capacity is exceeded; control switch fault detection, which notifies the user of open and shorted control switch failures; and a test-and-clear switch, which verifies device function and resets the control switch fault detection algorithm as needed. The integral device logic of the ARM Series allows for outputs to continue their operation, even if one input fails to open or close. Special controls are also available upon customer request. Available mounting configurations allow for back or front panel mounting, as required. For more information about the ARM Series or other products available from Marsh Bellofram, visit www.marshbellofram.com.