WEG NHE or NPE motors rated from 1-300 hp can feature OptimalFlux(TM) technology for use in driving loads that require constant torque over variable speeds, such as those encountered with compressors and conveyor belts. This enables standard TEFC motor, powered by WEG variable frequency drive, to operate at temperatures reduce by 10Â°C across its entire speed range.

ATLANTA, Georgia, April 1, 2008 - WEG Electric Motors Corp., a leading global supplier of motors, drives and transformers, has developed a new control regimen for standard totally-enclosed fan-cooled (TEFC) induction motors. Called OptimalFlux(TM) technology, the new regimen is ideal for use in driving loads that require constant torque over variable speeds, such as those encountered with compressors and conveyor belts. It enables a standard TEFC motor, powered by a WEG variable frequency drive, to operate at a much cooler temperature across its entire speed range - particularly at low speeds where the integral fan no longer provides efficient cooling.

Keith noted that the OptimalFlux capabilities were actually embedded within a standard WEG variable speed drive. "Our technologists took a different approach to controlling the motor. Rather than maintain a constant flux across the entire speed range - the standard practice in the industry, they calculated the flux that produced minimal losses at each frequency and then stored this relationship within the variable frequency converter.

"The end result is a motor that runs cooler across the entire speed range," Keith noted. "And since reducing a motor's operating temperature by 10°C doubles its operating life, our NPE motors will last longer in the same application than any Inverter Class products now on the market."

OptimalFlux operation is now available as an option within any standard WEG CFW09 variable frequency drive, and can be used with standard WEG NHE or NPE motors rated from 1 to 300 HP. The motor/drive combination is fully tested to meet all operating parameters before they leave the factory.

About WEG Electric Motors Corp.
Founded in 1961, WEG Electric Motors has grown into a global solutions provider of industrial electrical technologies posting revenues of more than $2.2 billion during 2007. WEG is now one of the largest manufacturers of electric motors in the world producing over ten million units annually. Committed to growth on a global scale, WEG continually invests in state-of-the-art manufacturing facilities and processes, and the development of new and improved industrial electrical solutions. WEG offers a diverse and integrated product line that includes motors, drives, controls, transformers, and generators. 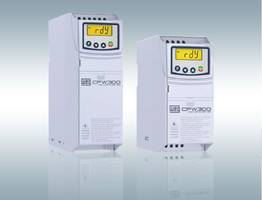 WEG supplies a package of 15,000 Miniature Circuit-Breakers in Peru 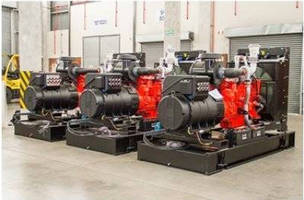