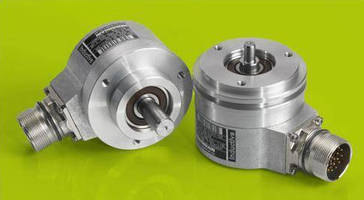 In the version without incremental signals (EnDat21), the new inductive encoders with EnDat 2.1 interface feature an accuracy of ± 480'', a single-turn resolution of 13 bits or 18 bits, and a multiturn-resolution of 12 bits. Now, with the EnDat01 version, encoders are available that provide incremental signals in addition to the absolute position values. The position values are transmitted with clock frequencies up to 2 MHz. The minimum data transmission time is approx. 25 µs and is therefore sufficient for standard rotational speed control designs.
Share