The COVID-19 pandemic has united countless individuals, communities and businesses in the fight to stop the proliferation of the virus. Businesses like Fathom and Air Logic, have leveraged their advanced engineering expertise to manufacture critical medical supplies.

Soon after the pandemic took hold, Air Logic was hit with an enormous increase in orders for a specific ventilator component—the diaphragm amplifier. They had produced the diaphragm amplifier since the 1960s, but due to low annual demand, there was no business reason to make improvements to the product design or the production and assembly processes in decades. When COVID hit, everything changed.

With only a matter of weeks to deliver on the increased demand for lifesaving ventilator components, Air Logic reached out to their suppliers – specifically Fathom – to ask them to step up in a big way.

“I first talked to Fathom on a Tuesday and I had a metal fixture in-hand on Saturday. You can’t beat execution like that! I look forward to the next project I get to work with them on,” says John Hayden, Air Logic Marketing Manager.

Diaphragm amplifiers function much like a transistor in an electrical circuit. They amplify very low pressure to signal a much higher pressure. This feature does an excellent job of detecting pressure changes in a patient’s circuit on a ventilator. Medical products undergo additional levels of testing and certifications which require longer product development cycles. There simply wasn’t time to execute a traditional manufacturing product development cycle which can take months to over a year to go from concept to production. Air Logic knew they needed to dramatically alter their production process to meet this new COVID-driven demand.

Typically, the team at Air Logic can handle most engineering, design, fabrication and production needs in-house. However, their resources were already strapped fulfilling other orders while still maintaining safe operations. Hayden reached out to the additive experts at Fathom to bridge this critical gap.

“Fathom delivered some serious value to us this year during our ramp up and COVID-19 response,” states Hayden.

Fathom immediately took up the call and started working collaboratively with Air Logic to determine a way to combine two of the assembly processes into one. Reducing the number of assembly steps would eliminate double handing, rework and reduce production time. Hayden provided the initial idea which the team at Fathom took from concept to physical tooling in just days.

By focusing on how a product should function rather than how it’s made, companies can drive greater innovation and push the limits of manufacturing. Fathom promotes an “outside-in” approach for manufacturing – whether traditionally, additively or a hybridized approach.

The first fixture, printed with an Aluminum Alloy, got Air Logic started, but they soon realized they needed to make some improvements. Fathom updated the design and material based on their learnings.

The next two fixtures were printed using Stainless Steel which dramatically improved assembly and testing time. These revised fixtures have held up to the wear and tear of over 50,000 operations to date.

Working with Fathom provides immediate and comprehensive access to the most relevant equipment and experience in advanced manufacturing, engineering and prototyping. Fathom simply brings it all together. We boldly make the investments in our business and leverage our expertise to problem solve and deliver high-efficiency outcomes every time for our customers.

Special thanks to John Hayden, Marketing Manager, and Mara Alvarez, Marketing Assistant at Air Logic and the entire Fathom team. 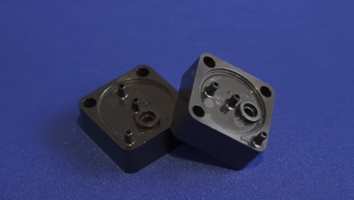 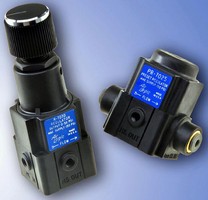 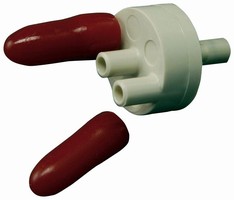 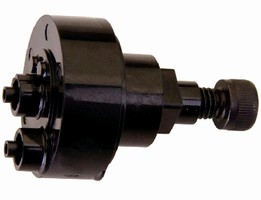