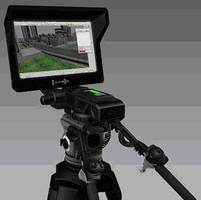 GOTHENBURG, Sweden and SAN DIEGO - Jan. 7, 2009 -
Imagine the ability to direct real-time virtual camera controls within Autodesk® 3ds Max® and Maya® with actual camera hardware. It's a director's fantasy that has now become reality with the release of Craft Camera Tools(TM) for GCS3(TM), a software and hardware bundle developed by us at Craft Animations(TM) AB and Gamecaster®.

Craft Animations and Gamecaster have also developed an exclusive line of camera tools for use with the GCS3 virtual camera control hardware. Via the GCS3 hardware, the GCS3 FreeCam(TM) and GCS3 TripodCam(TM) provide real-time physical control of the virtual camera's pan, tilt, zoom, crane and dolly, walk-cycle and explosion motion, as well as spline control motion.

"Perfect for directors unsatisfied with traditional virtual camera keyframing practices, the Craft Camera Tools for GCS3 software and hardware bundle offers an intuitive virtual cinematography solution that bridges the gap between real-life cinematography and 3D animation," said Gamecaster President and CEO, David MacIntosh.
Professional users of Craft Camera Tools for 3ds Max and Maya have reported reduced production times by up to 90 percent during the creation of natural motion paths for 3D vehicles and cameras on-the-fly through autopilot functions, or a variety of input devices such as gamepads, joysticks and keyboards.

"Craft's Camera Tools utilizes the GCS3 virtual camera control hardware as an entirely new input device that allows real-time capture and automatic playback features, without the need to render," said Luigi Tramontana, founder and head of research for Craft Animations. "The new onset of virtual camera operation, through Craft Camera Tools for GCS3, further enables artists to overcome current limitations and workflow issues at a fraction of the cost."

About Gamecaster®
Gamecaster Inc., headquartered in San Diego, Calif., is a designer, manufacturer and supplier of virtual camera control technology for the film, television and video game industries, and an organizer and producer of video game tournaments and related television programs for broadcast worldwide in multiple media. For more information, please visit www.gamecaster.com