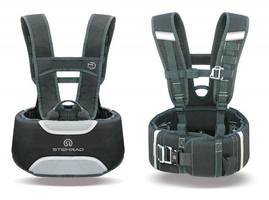 The 360 Gamma, StemRad’s flagship product, is a wearable radiation shield, which protects the bone marrow production sites in the hip bones where vulnerable and crucial stem cells reside. Its ergonomic design makes it perfect for military forces, first responders, HAZMAT teams and even astronauts, ensuring essential stem cells are protected without compromising mission objectives. A new and critically important protection for power plant emergency personnel or first responders in an era of increasing nuclear concerns and the rise of worldwide nuclear proliferation, the 360 Gamma provides an advanced solution to survive exposure to gamma radiation for hours. Unlike other whole body radiation protection equipment, the 360 Gamma focuses on only shielding the core of the body. This allows the 360 Gamma to significantly lower the total weight while increasing the effectiveness of the protection received. “BNC is excited to add the 360 Gamma to its extensive line of Radiation Detection and Identification equipment portfolio. Nothing in the industry exists with this level of protection, potentially saving workers from radiation sickness while allowing longer hours of life-saving tasks,” states Alex Palm, VP of Sales.