PHILADELPHIA, PA, April 24, 2006 - Rohm and Haas Company (NYSE: ROH) today reported record first quarter 2006 sales of $2,083 million, a 3 percent increase over the same period in 2005. Higher selling prices, necessary to offset continued high raw material and energy costs, accounted for 3 percent. Higher demand accounted for 2 percent, with the impact of currencies an unfavorable 2 percent on the revenue line. First quarter earnings were $207 million, or $0.93 per share, compared to $159 million, or $0.70 per share, for the first quarter of 2005, which included charges related to a stock-based compensation adjustment and early retirement of debt.


"We delivered another outstanding quarter," said Raj L. Gupta, chairman, president and chief executive officer, "which builds on the momentum of the last three years." Gupta noted that the company's first quarter performance highlights the breadth of its differentiated portfolio of products and technologies, and their ability to drive growth. "We have been successful in executing portfolio management strategies to shed underperforming business while maintaining our focus on selling technically advanced, higher growth and higher margin product lines, and have managed effectively through an environment of extraordinarily high and volatile raw material and energy costs," he said. "From an operations perspective, we maintained a tight focus on controllable expenses," he added.

o Architectural and Functional Coatings sales increased 10 percent over the comparable period, due to strong demand and higher selling prices partially offset by the unfavorable impact of currencies. Demand in the decorative paint segment was particularly strong, attributable to mild and dry weather in North America, which provided a strong start to the paint season in both do-it-yourself channels and the contractors market. Expansion in emerging markets, including China, India and Turkey, delivered significant volume growth.

o Powder Coatings sales increased 4 percent over the prior-year period, due to higher volume and higher selling prices which more than offset the impact of weaker European currencies. The business is achieving steady penetration in emerging markets, such as Asia-Pacific.

o Automotive Coatings sales decreased 14 percent from the prior year period, reflecting lower demand from U.S. automotive manufacturers. This weaker demand is tempered by growth of the Japanese automobile manufacturers, which are served by our joint venture company.

First quarter earnings for the Coatings business were $51 million, up from $49 million in the same period in 2005, and include a $4 million, after-tax, charge for restructuring and other one-time costs related to the Graphic Arts business. The earnings improvement reflects stronger demand with an improved product mix, and higher selling prices, which more than offset higher raw material and energy costs, and increased operating and support costs.

Monomers
Sales of $473 million were down slightly from $477 million in the same period a year ago. Third party sales of $154 million were down 15 percent from the prior year period, primarily due to lower volumes. Sales to downstream Rohm and Haas specialty businesses were 8 percent higher, due primarily to higher selling prices and slightly higher volume.

Monomers earnings of $66 million for the quarter increased from $59 million in the same period a year ago. The increase in earnings is primarily due to higher pricing to downstream Rohm and Haas businesses, partially offset by the negative impact of lower third party sales and higher raw material and energy costs. In the quarter, roughly 60 percent of Monomers earnings was generated by sales to the downstream businesses, as compared to roughly 40 percent last year.

Performance Chemicals
Sales of $434 million were up 7 percent over the comparable period in 2005.

o Sales in Plastics Additives were up 13 percent, driven by strong demand in most regions and higher pricing, partially offset by the unfavorable impact of currencies. Demand was strong in the packaging markets in both China and India, while the building and construction markets in North America and Europe also contributed solid growth.

o Consumer and Industrial Specialties sales were down 3 percent compared to the same period last year, reflecting lower volume and the unfavorable impact of currencies, partially offset by higher selling prices and favorable mix. The business enjoyed healthy growth in all regions, except Europe, where softness in dispersants depressed sales.

o Sales for Process Chemicals were up 8 percent from the comparable period a year ago. The increase reflects strong demand for ion exchange resins across several key markets, including industrial water, and increased demand for sodium borohydride, in both synthesis and bleaching segments. Higher selling prices were partially offset by the unfavorable impact of currencies.

Performance Chemicals earnings were $40 million in the quarter, down from $42 million in the prior year period, as the favorable impacts of strong demand and higher pricing were more than offset by higher operating and research costs, increased raw material and energy costs, and increased spending to support new product introductions.

Electronic Materials
Record quarterly sales of $374 million were up 24 percent over the same period in 2005, primarily due to strong demand across most businesses in the Asia-Pacific and North American markets. The Electronics Materials business continues to benefit from the industry expansion which began in mid-2005, with first quarter sales up 6 percent sequentially over the fourth quarter of 2005.

o Semiconductor Technologies sales increased 27 percent over the same period in 2005, driven by impressive growth in Chemical Mechanical Planarization(CMP) pads and slurries, with all regions showing double-digit growth, and steady improvement in photoresist market share at the advanced technology nodes.

o Circuit Board Technology sales were up 6 percent over the same period in 2005, reflecting continued strong growth in Asia-Pacific, partially offset by a weak market environment in North America and Europe.

o Packaging and Finishing Technologies sales were 36 percent higher than the same period a year ago, driven by strong sales in North America and Asia-Pacific.

Electronic Materials' advanced technology products, such as deep ultraviolet photoresists, anti-reflective coatings and CMP pads and slurries, posted a 42 percent increase in sales year-over-year. This impressive increase was driven by our strong position in CMP pads that meet the new 300 mm standard.

First quarter 2006 earnings for Electronic Materials were $51 million and reflect record sales and higher margins on advanced technology products. Earnings for the business were $25 million in the same period in 2005, and included $3 million, after-tax, for asset impairment charges and severance and contract lease termination costs at two North American sites.

Salt
Sales of $263 million were down 17 percent versus the same period a year ago, primarily due to weak demand for ice control products as a result of the unusually warm weather early this year in the Midwest and Northeastern United States. Earnings for Salt were $18 million in the quarter, down from $30 million in the prior year period. The impact of lower volumes and higher production and distribution costs more than offset the contribution of higher selling prices.

Adhesives and Sealants
Sales of $185 million were down 4 percent versus the comparable period in 2005, with the impacts of unfavorable currencies and lower demand, partially offset by favorable pricing. The lower demand reflects prior portfolio management initiatives, along with lower demand for some acrylic products that benefited from a tighter monomer supply environment in the prior year. Earnings for Adhesives and Sealants were $15 million, including $1 million, after-tax, in restructuring charges, compared to earnings of $16 million in the first quarter of 2005, with increased raw material and energy costs, higher operating costs, and lower demand, offset by higher selling prices.

First Quarter 2006 Regional Sales Performance
North American sales of $1,121 million were up 3 percent over the comparable period in 2005, the result of strong demand and higher pricing in Coatings, Electronic Materials and Performance Chemicals, partially offset by lower sales in Salt. European sales were $498 million for the quarter, down 6 percent from the same period last year, as higher demand and selling prices were more than offset by the unfavorable impact of currencies. Asia-Pacific sales were $388 million, an 18 percent increase over the same period last year, largely due to exceptionally strong demand in Electronic Materials, along with strength in Coatings and Performance Chemicals. Latin America sales of $76 million in the quarter were 3 percent higher than the same period last year, reflecting higher selling prices and the favorable impact of currencies, partially offset by lower demand.

Comments on the First Quarter 2006 Income Statement
Gross Profit Margin in the quarter was 31.2 percent, compared to 30.2 percent in the same period last year, as higher demand with a favorable product mix, and higher selling prices, more than offset higher raw material, energy and operating costs and the unfavorable impact of currencies.

Selling and Administrative (S&A) spending of $251 million is down $8 million, or 3 percent, compared to $259 million in 2005, which included a $12 million, pre-tax, charge for an adjustment for stock-based compensation. As a percentage of sales, S&A spending of 12.0 percent was down from 12.8 percent in the comparable period in 2005.

Research spending of $72 million was up $8 million or 13 percent over the same period a year ago, due largely to increased spending to support growth projects in Electronic Materials, Coatings and Performance Chemicals.

Interest expense for the quarter was $25 million, down 29 percent from the same period in 2005, primarily due to lower levels of debt and a lower overall effective interest rate. During 2005, the company retired $400 million in U.S. notes and successfully exchanged over 200 million in Euro-denominated notes for a more favorable effective interest rate and an extended term.

Full-Year Guidance
Gupta noted that, while the outlook for global demand and input costs remains very uncertain, the company expects 3 to 4 percent overall demand growth for the year, with higher sales growth in key markets, such as electronic materials and coatings. "Rohm and Haas remains focused on improving its sales mix through the introduction of new and improved products, managing our selling prices in the face of continuing high and volatile raw material and energy costs, maintaining our drive for aggressive growth in emerging markets, improving the efficiency of manufacturing operations, and streamlining its processes," Gupta said. "As a result, we expect full-year sales growth in the 3 to 5 percent range, yielding annual sales of approximately $8.3 billion and full-year 2006 earnings in the $3.15 to $3.30 per share range."

About Rohm and Haas Company
Rohm and Haas is a global leader in the creation and development of innovative technologies and solutions for the specialty materials industry. The company's technologies are found in a wide range of markets including: Building and Construction, Electronics, Industrial Process, Packaging and Paper, Transportation, Household and Personal Care, Water, Food and Retail and Pharma and Medical. Its technologies and solutions help to improve life everyday, around the world. Based in Philadelphia, Pa, the company generated annual sales of approximately $8 billion in 2005. Visit www.rohmhaas.com for more information. 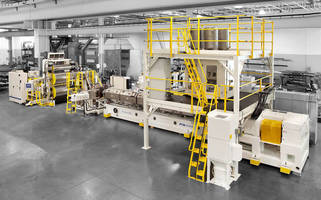