Milwaukee, WI — April 21, 2021 — Johnson Controls (NYSE: JCI), the global leader for smart, healthy and sustainable buildings, today announced that its chairman and CEO George Oliver has been invited by U.S. President Joe Biden to participate in the virtual Leaders Summit on Climate.

The summit will bring together leaders of the world’s major economies and other vital partners for an urgent and open dialogue on ways to strengthen collective efforts to address the climate crisis. President Biden has made tackling climate change a top national priority since taking office and is urging other world leaders to attend the summit to discuss how their governments will help drive the goal of limiting global temperature rise.

“I am honored to accept President Biden`s invitation to join him and other world leaders calling for urgent climate action. It is especially important to establish a roadmap to limiting the rise of global temperatures as we get closer to the COP26 climate conference scheduled for November in Glasgow,” said George Oliver, chairman and CEO, Johnson Controls. “Transitioning to a lower-carbon economy is an opportunity to build back better, as we recover from the Covid-19 pandemic. Providing clean, sustainable and energy efficient solutions creates jobs while building strong, resilient, global economies.”

According to the White House, a major theme of the summit will be the broad economic benefits of climate action, with a strong focus on job creation. This will explore both the economic benefits of green recovery and long-term decarbonization and the importance of ensuring that all communities and workers benefit from the transition to a clean energy economy.

Representing both Business Roundtable and Johnson Controls, Oliver will address these topics in a session on April 23 as well as the role buildings can play to slash both emissions and costs.

Business Roundtable is an association of chief executive officers of America’s leading companies. Oliver was named chair of the Business Roundtable Energy & Environment Committee in January this year. The Committee is dedicated to advancing policies that encourage innovation and support an environmentally and economically sustainable future.

The vast majority of Business Roundtable’s 223 member CEOs have made public commitments to reduce their companies’ greenhouse gas emissions/carbon footprints, are making serious progress and reporting on it publicly. Nearly half of those commitments are for net zero carbon emissions by 2050, if not sooner.

Business Roundtable members are playing a significant role in driving ambitious climate action and the policy needed to spur low-carbon economic growth. Last September, the organization endorsed the goals of the Paris Agreement and proposed aggressive policies to achieve those goals.

The company also recently joined the Business Ambition for 1.5°C campaign and is a signatory to The Climate Pledge, an initiative of business leaders co-founded by Amazon and Global Optimism.

Signatories to the pledge commit to reaching net zero carbon emissions by 2040 – ten years ahead of the Paris Climate Agreement goal.

As a leader in the buildings space for more than 135 years, Johnson Controls has been a pioneer in sustainability and is ranked in the top 12 percent of climate leadership companies globally by CDP. It is on the World’s Most Ethical Companies® Honoree List and is named one of Corporate Knights’ global 100 most Sustainable Companies.

At Johnson Controls (NYSE:JCI), we transform the environments where people live, work, learn and play. As the global leader in smart, healthy and sustainable buildings, our mission is to reimagine the performance of buildings to serve people, places and the planet. With a history of more than 135 years of innovation, Johnson Controls delivers the blueprint of the future for industries such as healthcare, schools, data centers, airports, stadiums, manufacturing and beyond through its comprehensive digital offering, OpenBlue. With a global team of 100,000 experts in more than 150 countries, Johnson Controls offers the world`s largest portfolio of building technology, software and service solutions with some of the most trusted names in the industry. For more information, visit www.johnsoncontrols.com or follow us @johnsoncontrols on Twitter. 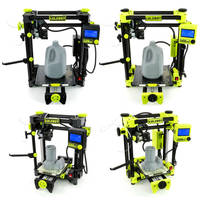