“We are excited to welcome Andrew and the Duralar team to the AGM family,” said Stewart, AGM’s President and CEO. “Duralar’s cutting-edge coating technology will enable AGM to deliver a whole new spectrum of solutions that will help our customers meet the exacting standards that define the Aerospace and Defense industries. Duralar’s ability to customize these coatings for specific applications gives us new opportunities for innovation while delivering increased value for our customers.”

“Becoming part of AGM is going to significantly increase Duralar’s critical mass in the market and allow us to fully realize the vision the company was founded upon,” said Tudhope, Duralar’s CEO. “AGM’s deep background and experience in high rigor manufacturing will allow us to bring new expertise and additional developmental resources to bear on both the product development process and market expansion efforts. The Duralar team has developed some truly remarkable hard-coatings technology, and now we’re going to be able to bring it to more industries and applications than ever before.”

In 2018, Duralar introduced its innovative Emperion™ system for high-throughput deposition of ultra-hard coatings on metal parts. Using the company’s proprietary DualArmor™ process, the equipment coats both interior and exterior surfaces of parts at the same time. The Emperion also features twin deposition chambers for virtually continuous coating and high throughput, allowing one chamber to be loaded while the other chamber is processing. The system can apply different PECVD coatings, including Diamond-Like Carbon (DLC) and Duralar's unique ArmorLube™, which combines exceptional hardness with dry lubrication. This makes it well suited for many applications that require clean, dry, permanent lubrication without oils or greases.

By the end of 2019, Duralar will be relocated into the AGM headquarters facility at 3526 East Ft. Lowell Road in Tucson. 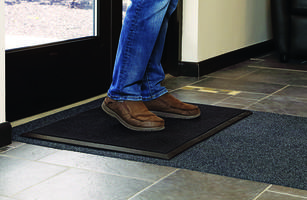